A day later than I hoped due to the festivities of late October.  As always if you know of a great blog, blogger, blog post or you just want to leave some feedback, don’t be shy.

The local “Western” craftsperson needs to open dialogue with traditional “Eastern” craftspeople, to offer market opportunity and keep skills alive. We need tradition and humanity in our daily life.

The way I see it almost no one gets into pottery because they have good taste. The truth actually seems to be that most people can’t appreciate subtlety in visual things in general, but in terms of understanding pottery there is a huge gap in appreciating what counts as quality. The gap isn’t between our taste and what we can do about it, but in actually having the taste to see quality.

It has long been my belief that one of the main clash points of trying to understand Japan has been the Japanese propensity to reject certain strains of rationality. It could be stated that Japan can be more easily understood through lenses of emotion, of tribal hues.

The thing is, sometimes being very busy, and stressed because of it cuts down on creativity.  We may not be as busy next year if we aren’t creative enough this season so now is a good time to think about some things we can do to prevent or get over the creativity suck of being very busy.

Anyway, “just do” is a way of reminding myself to stop thinking, and just go do what I’m meant to do.   Which is making things.  And answering the emails of people who want me to make more things for them specially. “Just do”  means getting out of bed when I wake up, so I can go to the studio to make the stuff I need to make  and want to make.  And not thinking about whether it will sell or if it’s a stupid idea.

So, if the goal isn’t money, what is it? I submit that the purpose of your business – the true purpose of any business – is a dual: to provide the best product or service that it can in the process of realizing of human potential.

This morning I found myself eating a piece of toast I found on the counter ……..
the dog probably licked the butter and jelly off.

Get Your Popcorn Ready 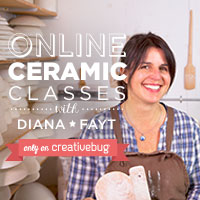